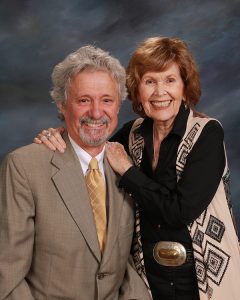 Windswept Academy was founded in 2009 by Ilhami and Anne Konur.  The Konurs fell in love with the people of the Cheyenne River Indian Reservation in 2001 when Mrs. Konur, along with her church, visited Eagle Butte, South Dakota from Virginia.  For several years thereafter the Konurs visited South Dakota before ultimately deciding to move there in 2006 to begin a faith-based school on the reservation.

Phil Lawrence, a local Pastor, was instrumental in helping the Konurs begin the school. As the Pastor of a local church he was able to provide the Konurs with space for Windswept Academy to operate for the first few years. When Windswept Academy started running out of space at the local church, Pastor Phil was vital in assisting the Konurs in finding a building for the school to move in to.  Windswept Academy purchased and renovated this building into a school.  The school has expanded several times and now houses a multi-purpose room and classroom capacity for Kindergarten through 12th grade.  Windswept dedicates itself to providing students from the Cheyenne River Indian Reservation with a Christ-centered, quality, academic education in a Biblically-directed learning environment.

These days, the Konurs travel throughout the United States speaking with churches and other organizations about the work at Windswept Academy and raising the much-needed support to operate the school while sharing stories of the wonderful Lakota students and families. In the Fall of 2018 with the start of the 2018-2019 school year, Windswept Academy celebrated their 10th year.

Ilhami and Anne Konur are residents of South Dakota.  When they are not traveling, telling others about Windswept Academy, they are spending time with their 6 children, 22 grandchildren and 2 great-grandchildren.